In October 2007 the Dutch HRCA returned to the annual Eurospoor event, an international 3-day model railway event held in Utrecht each year. To bring something new to the public, we decided to add a 3-rail Hornby Dublo layout to our usual 0-gauge layout. This was the first time a working Dublo layout was to be seen on a large model railway event in the Netherlands.

We made a special welcome to quite some visitors from the United Kingdom, whom we all invited to have a closer look at both layouts. One UK visitor got hold of the controls running a 0-gauge Lizzie: an old dream come true for him. 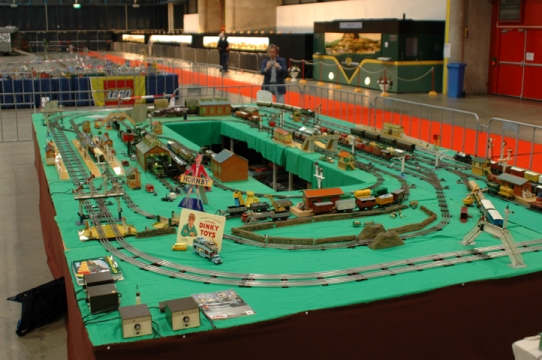 The station area on one side of the 0-gauge layout. The station was made from 2 Windsor No. 2 Stations, with 2 Windsor Island Platforms and 8 Passenger Platforms, all from the 1929-1933 period. A Princess Elizabeth is waiting at the station with a train of LMS Corridor Coaches. On the next track a E320 Flying Scotsman with No. 2 Special Pullman Coaches. 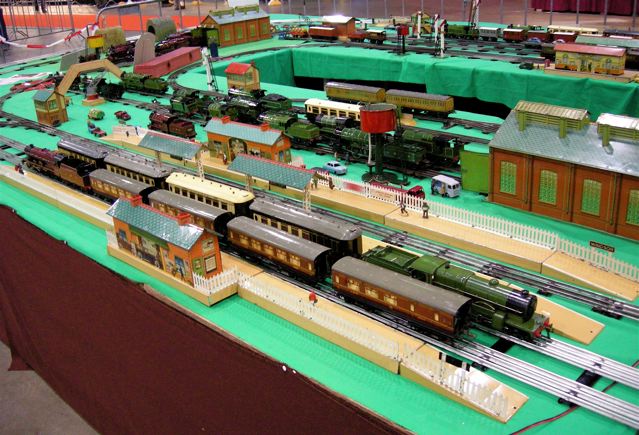 Since Eurospoor is an event for realistic railway modelling, we try to add as much scenery as we can to the 0-gauge layout. 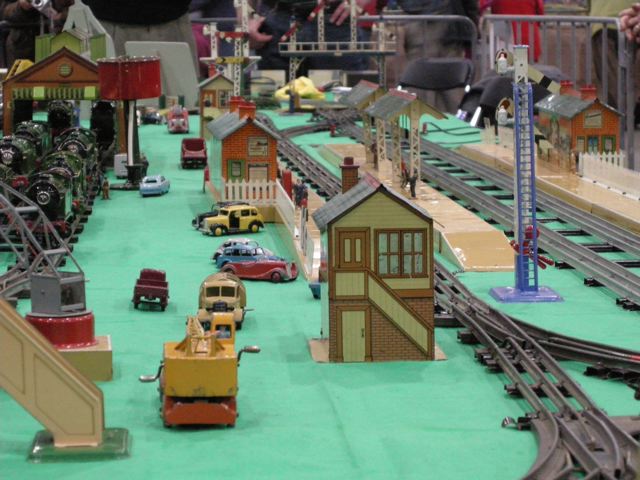 Henk Brouwer brought some of his rare export items including double heading No. 3 PLM Locomotives, No. 2 Special Golden Arrow Coach and No. 2 Special EST Composite. 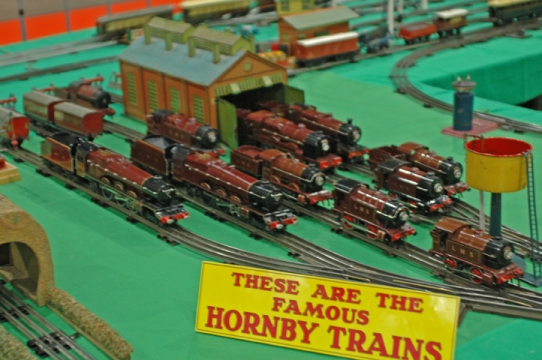 This small static Dinky Toys display received a lot of attention. Being a more know Meccano product then Hornby Trains, this way the stewards could easily made the link with other Meccano products. 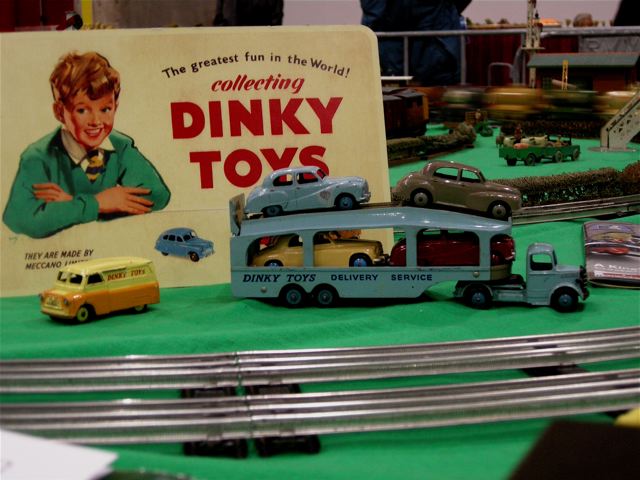 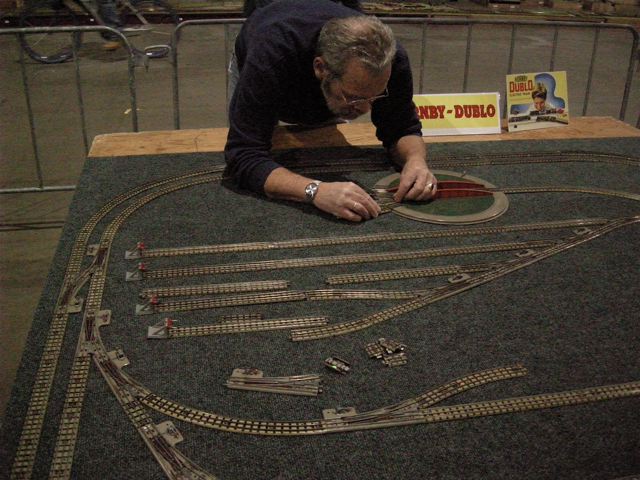 Rob van Teylingen put up the Hornby Dublo 3-rail layout. During setting up the major benefit of a smaller gauge was soon to be seen. Rob had already built up the complete layout before the actual event, and made some digital photos as a guide. The Dublo layout was already nearly complete, before the 0-gauge team had finished the first outside loop. 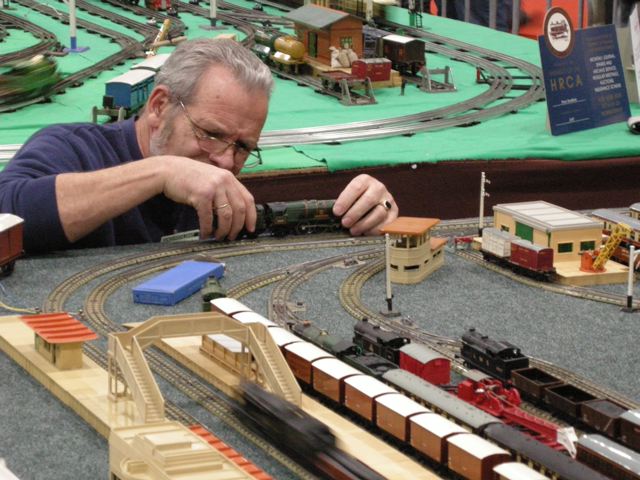 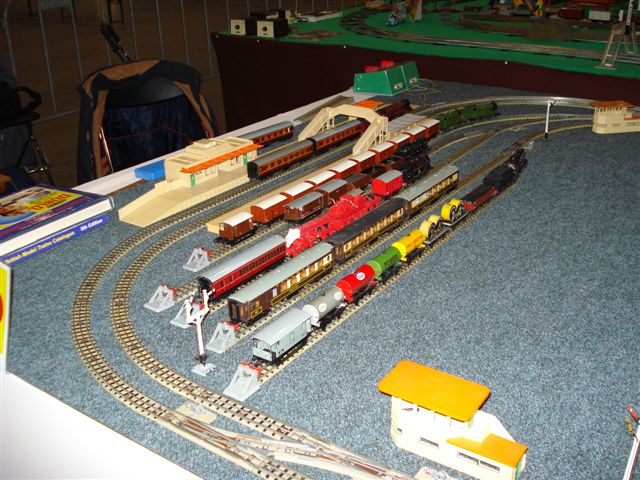 A look at the station area of the Dublo layout with some extra sidings for goods trains. 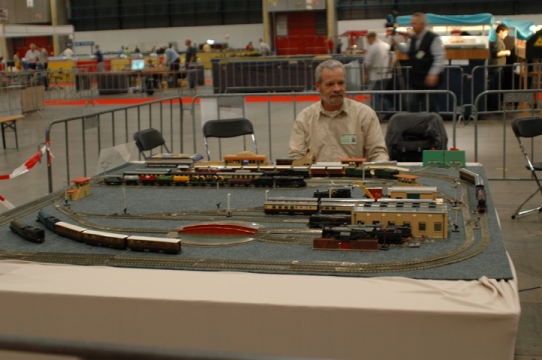 Rob at the controls of the finished Dublo layout.

The difference in scale between 0-gauge and 00-gauge.

As usual we made up a track plan for the 0-gauge layout on the day. We ended up with a 4-track layout. Each track had its own sidings and all tracks were interconnected. Setting up took us the Thursday before the event, and was completed during Friday morning. 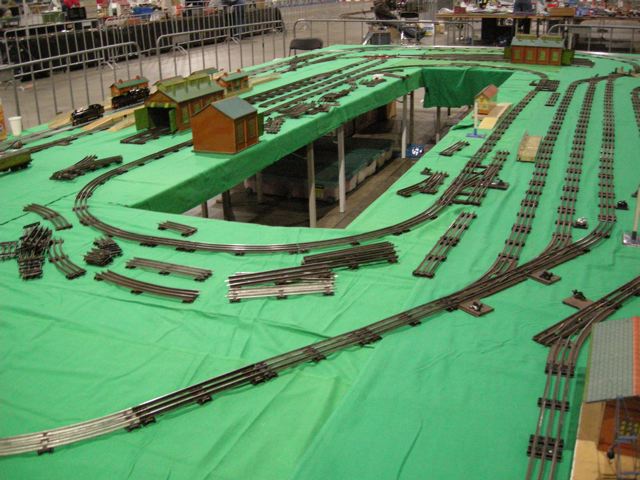 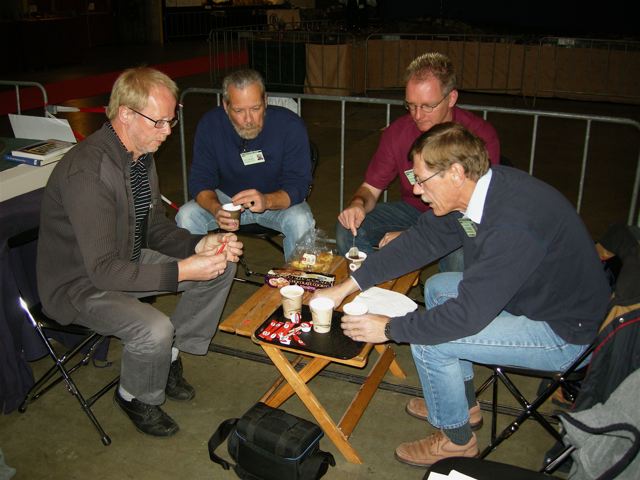 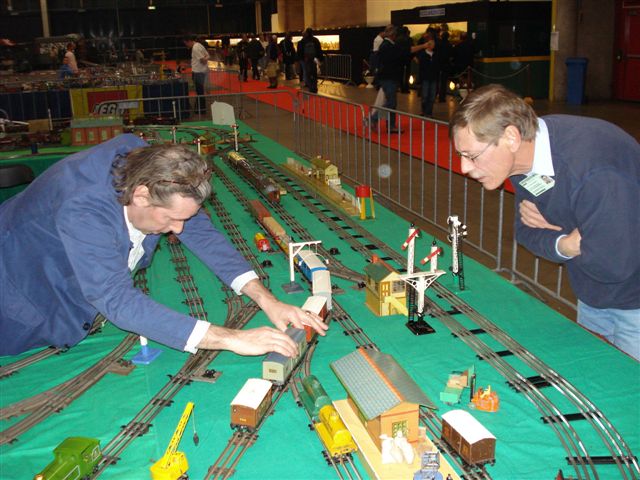 A picture taken at track level with some other spectators having the same idea.

Although we used original 20 volt Hornby locomotives for our 0-gauge layout most of the time, we also use some ACE Trains for running. Here you can see the new ACE Celebration Class locomotive in LNER green.