The 2005 HRCA Annual General Meeting and Get-Together took place in Royal Leamington Spa at the Campion School. As usual, the AGM turned out to be an excellent meeting. Representing the Dutch HRCA, Niek van Ees and Peter Zwakhals were present at the meeting.

Adam Heeley brought his impressive M-series layout again to the meeting. Here you can see the French M-series display yard. 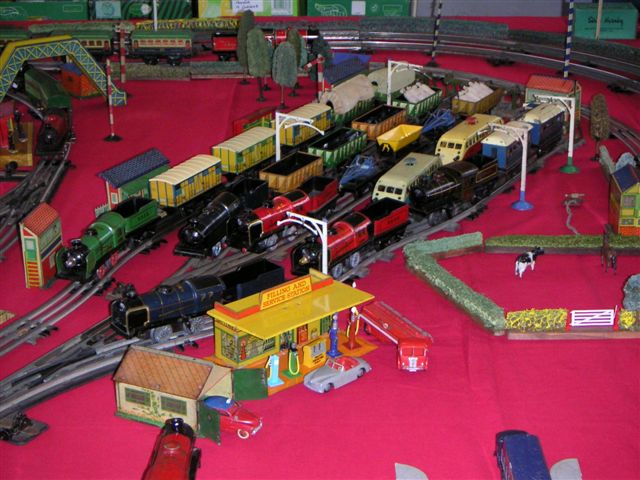 Another French theme on this O-gauge layout. A fine mix of Hornby, JEP and other French stock. At one time, a JEP loco was pulling a load of more than 20 post-war French Hornby 4-wheel goods stock. 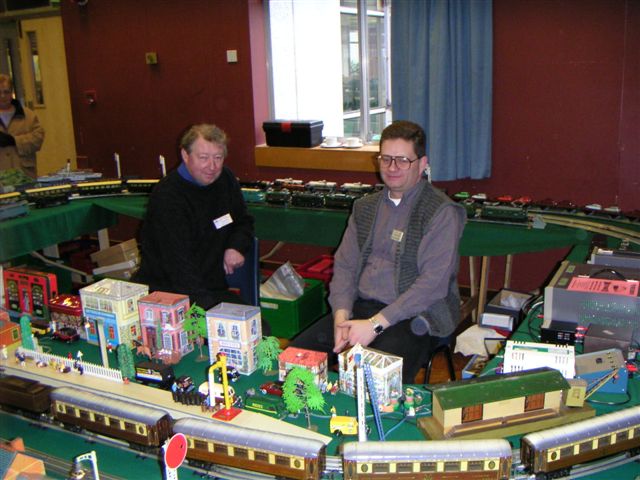 Chris Reeve's O-layout had a theme: here you can see the GWR locos on shed.... 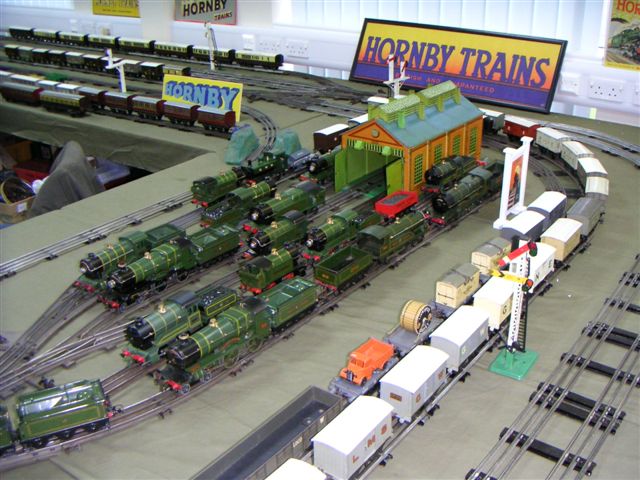 .... while the LMS locos found a place on the opposite side of the same layout. Chris also made a nice representation of the Royal Leamington Spa station. 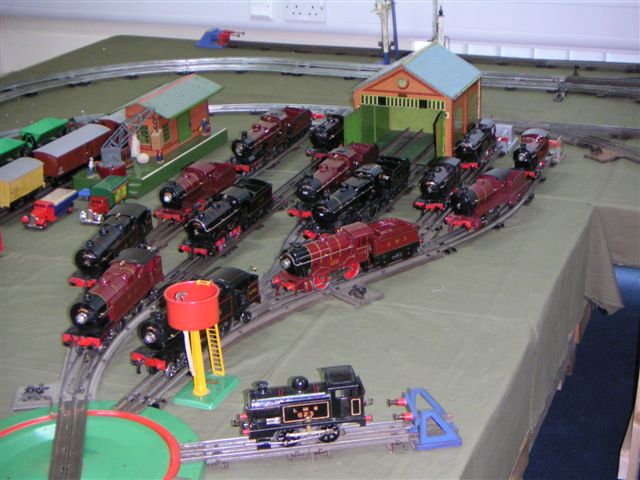 There were some Dublo layouts also. Here a detailed picture of one of the 3-rail layouts. 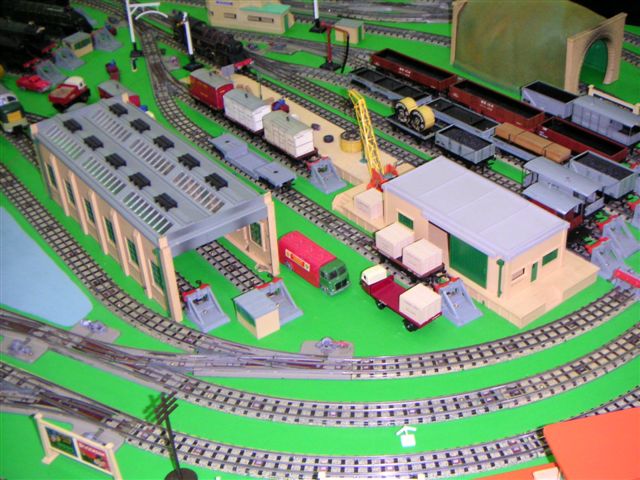 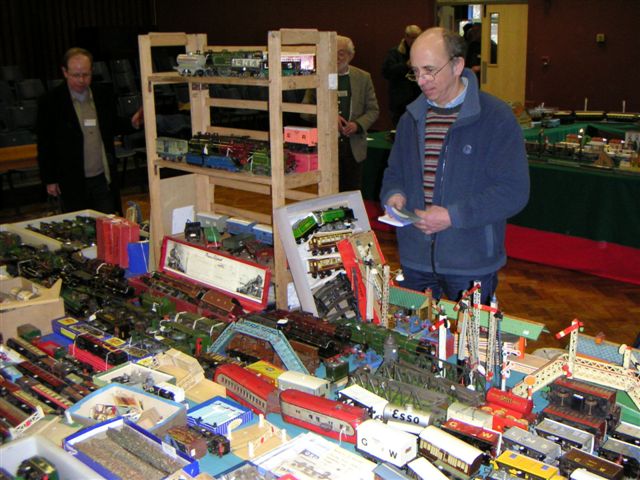 No AGM is complete without dealers, with lots of goodies to add an item (or 2) to your collection. 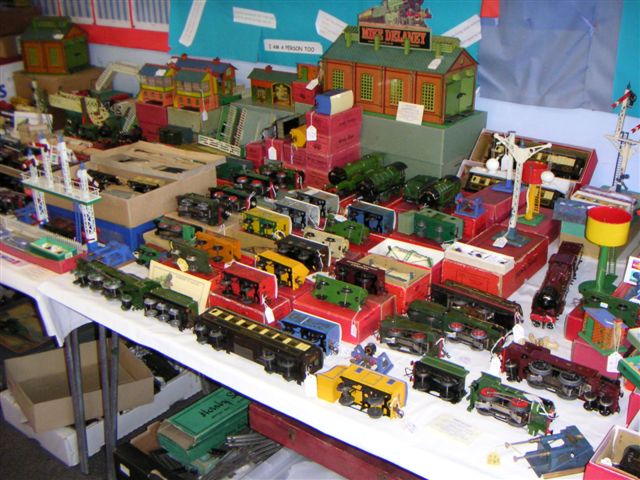 A nice selection of minty O-gauges items for sale on the table of Mike Delaney. 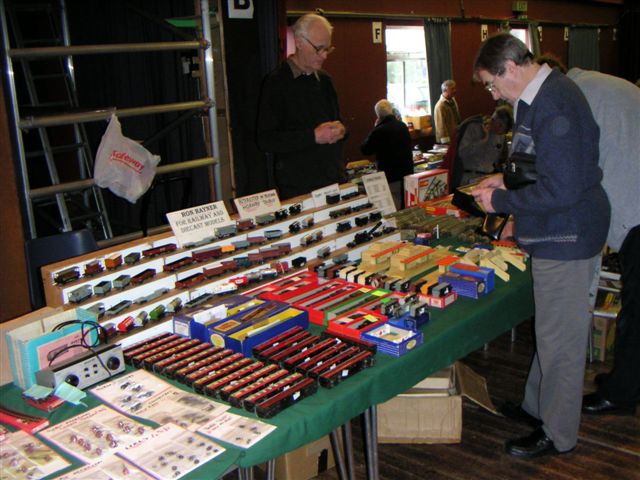 And plenty of choice for the Dublo collectors too. 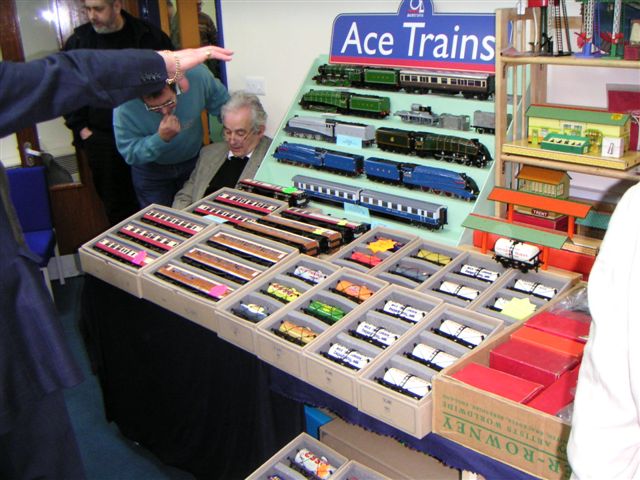 ACE Trains had brought along a prototype of their new A3 locomotive (top left corner).

Since the HRCA AGM was held in the same weekend as the Big Southern Fair, we had to find a place to stay. With the help of internet, we found a nice farmhouse, offering B&B.