In November the Dutch HRCA held her 2012 AGM. 13 members turned up and those present were reminded that we had our 2nd meeting in the same house in February 1994. Niek van Ees, Jacob Wieringa and our secretary Peter Zwakhals were present at that meeting almost 20 years ago. 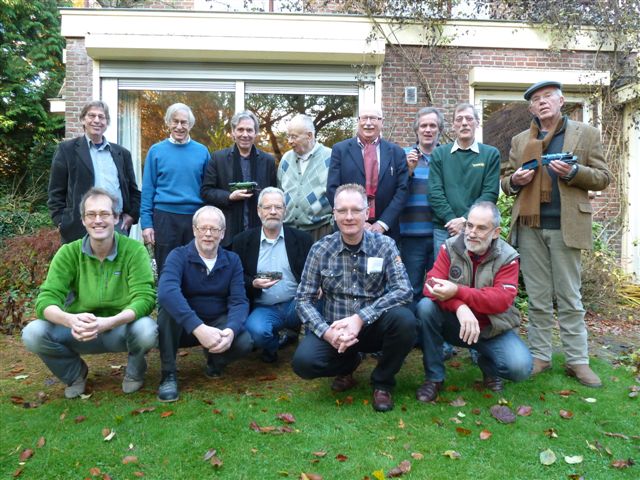 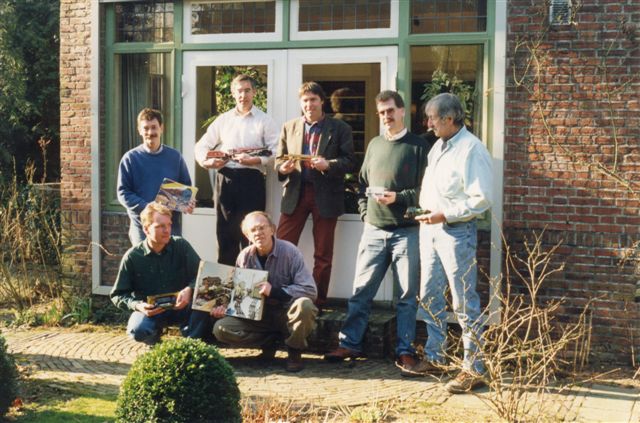 Our host had prepared a welcome speech, in which he also looked back at the first years of the Dutch HRCA. 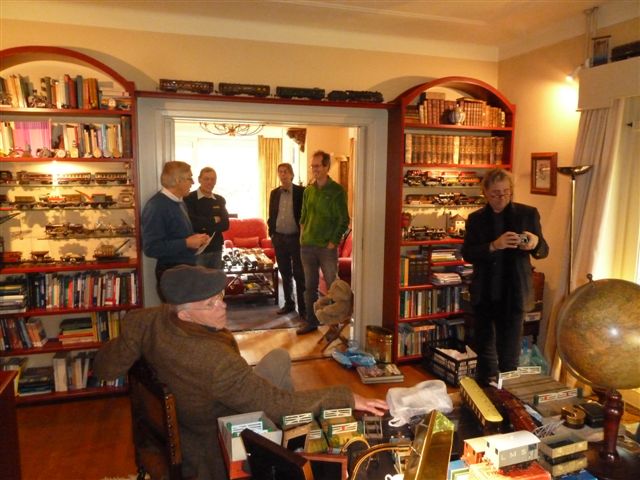 The collection not only comprises Hornby, but also Märklin and Kraus. 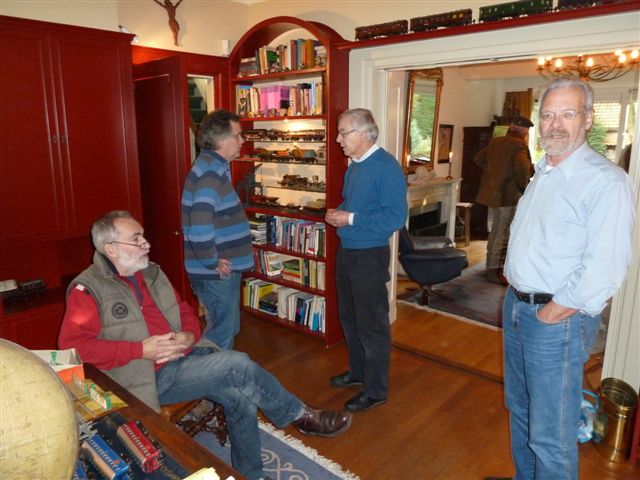 Some of the rarer Kraus items have found a place in the dining room. 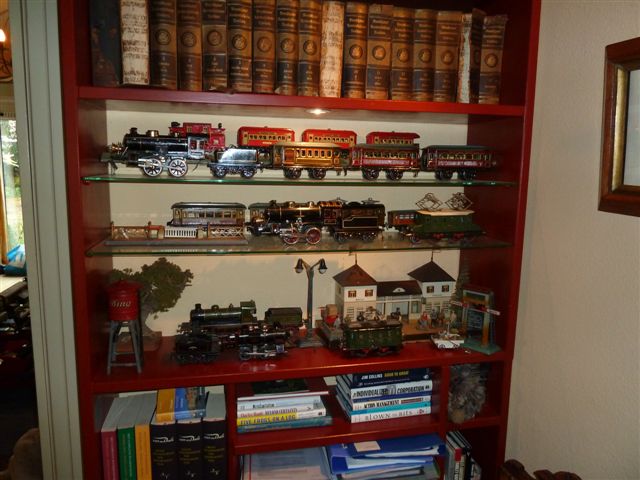 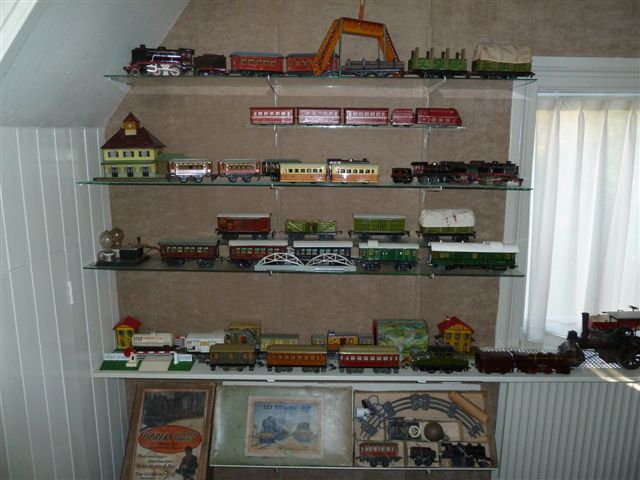 Upstairs the rest of the collection can be found, including some JEP. 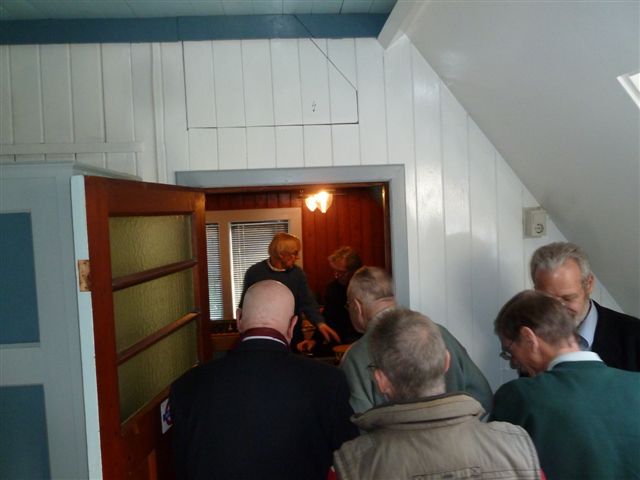 The new train room in time for the event. Hidden away in a room in the attic, we had to queue to catch a glimpse of the room. 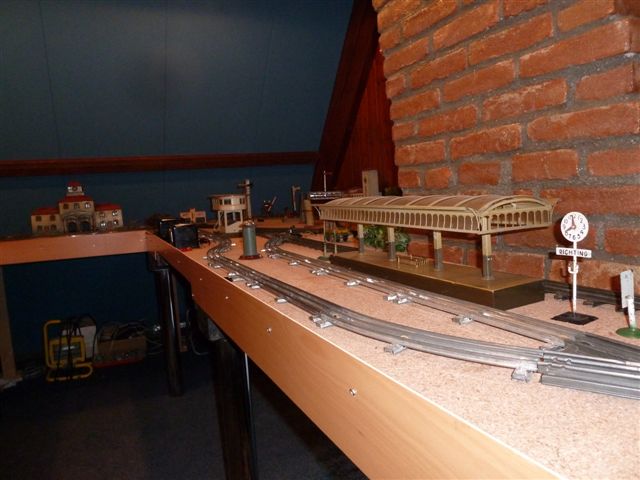 The layout is built up with items of German origin only. Here you can see the platform neatly placed in front of a chimney stack. 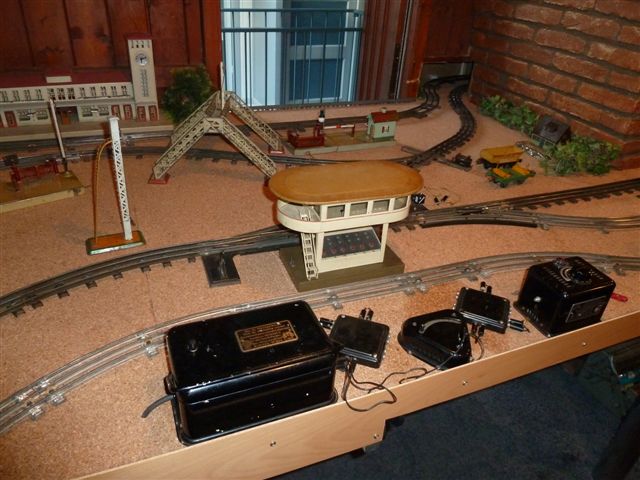 The power is supplied by some original Märklin items from the thirties. The outer track on the layout is for gauge 1 trains. Both the 0 gauge and gauge 1 tracks run through a tunnel behind the chimney, which adds much to the effect.

Once downstairs again, we discussed trains a lot. 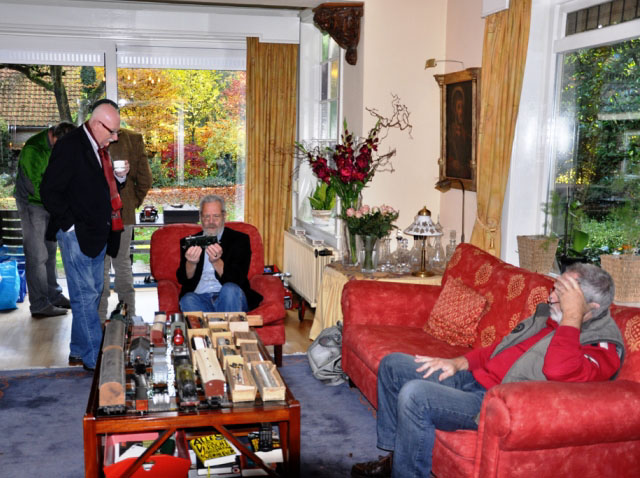 Tinplate toy trains provide much to admire and talk about! 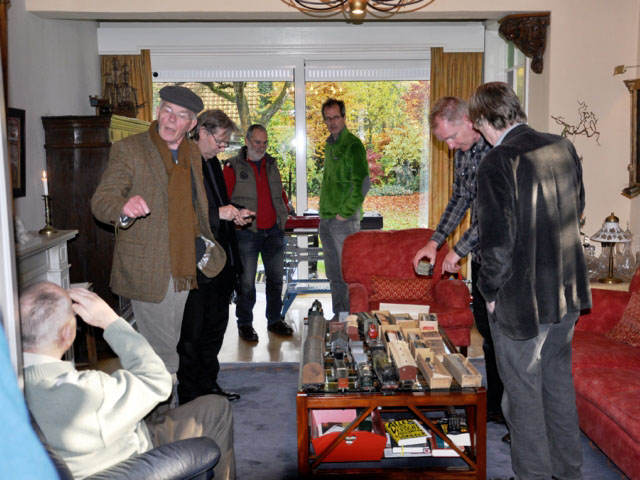 Hans van Dissel, Peter Zwakhals and Ferdinand Visser added much to the discussions by bringing trains, which are (partly) constructed of wood. On display was rolling stock of the Leeds Model Company, Basset Lowke, Jubb, Millbro, Bowman and Pioner Ekspressen from Denmark. 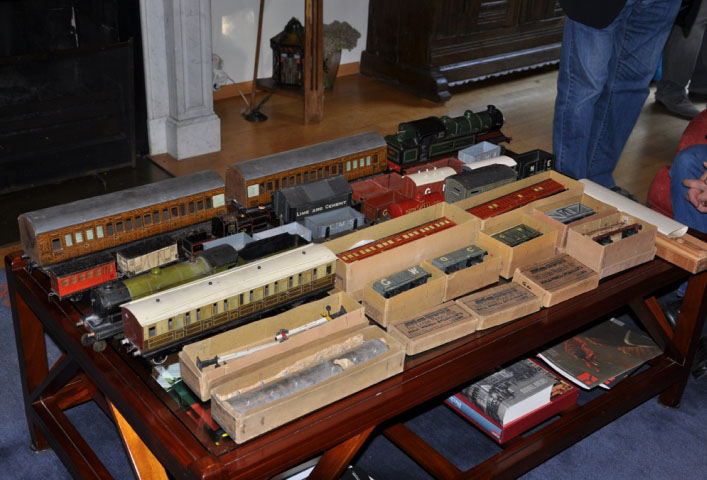 Hans also brought along a gauge 1 locomotive built by Jubb, which was greatly admired by Niek van Ees. 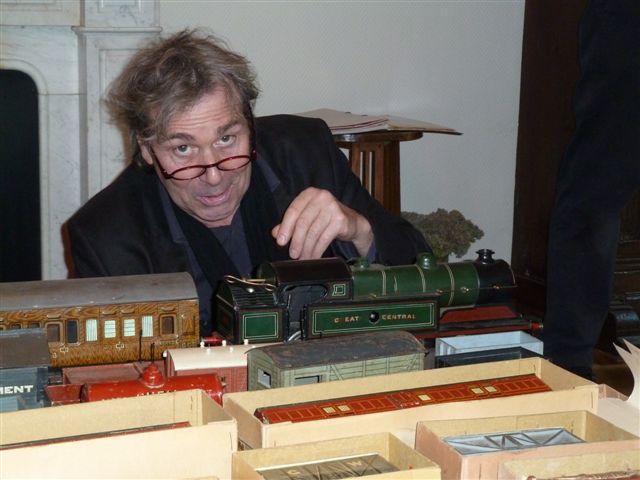 As usual there was a trade table too. Some nice items, including a fair amount of Hornby, quickly changed hands. Here you can see Henk Brouwer inspecting a French Joustra Train, which he bought. 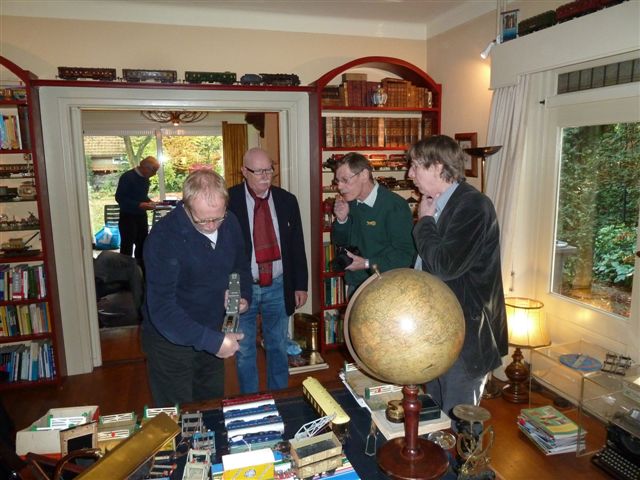